After building a few project and with some of them actually working, always a pleasant suprise, I though it was time to invest in some gear to measure the stuff I build. Just listening is only so good of an indication if a project works like it should. After some searching online I found a second hand Creative E-mu Tracker pre USB sound interface. 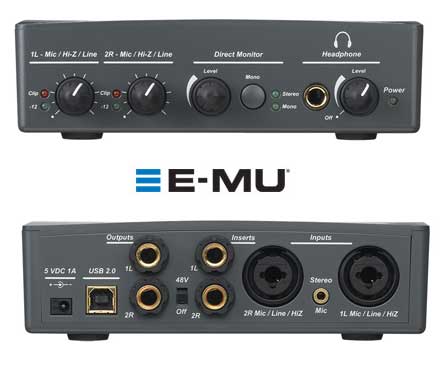 It’s a fairly professional unit with balanced input/output, a class A headphone amplifier, clipping indicator and more pro audio goodies. The specs are quite good, distortion around 0.001% and a signal to noise ratio of 112db. It can do 16 and 24 bit and anything between 44.1Khz up to 192Khz.

After it arrived the first thing to do is cracking it open of course :) 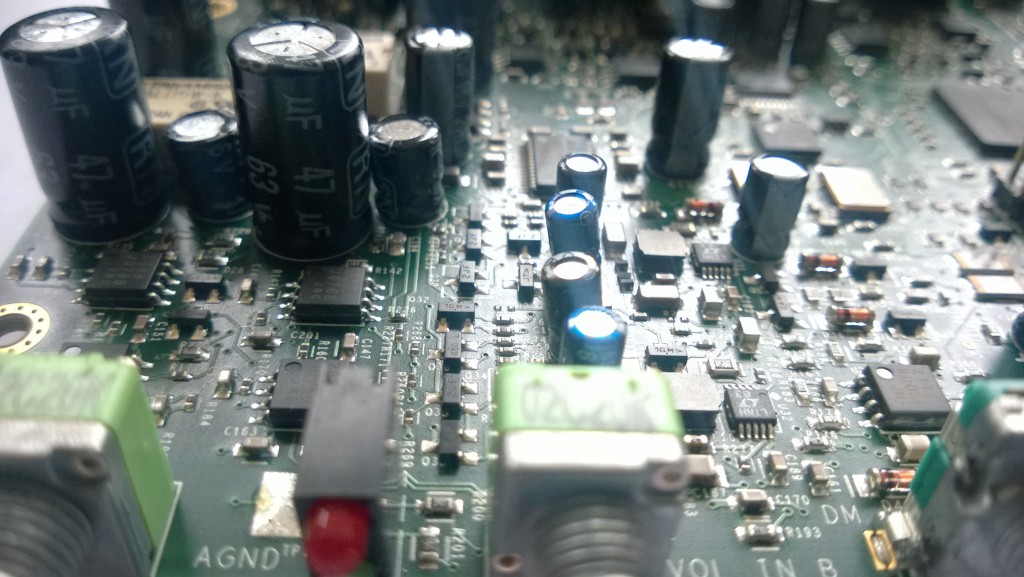 The inside looks as professional as the outside. A nice and busy 4 layer PCB with on the first sight good quality components and connectors. The bottom of the PCB only contains a switch to lift the right and left ground in case of a ground loop. The inside of the plastic enclosure is shielded with copper foil. Time to have a closer look at the PCB. 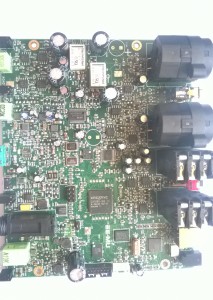 The USB interface uses a philips USB controller, the ISP1583. A big creative IC with some external RAM (issi is61lv6416 64K SRAM) and FLASH (SST 39vf400a 4mbit FLASH) most likely does the USB to digital audio conversion. The D/A converter is the CS4392 from cirrus logic and the A/D converter is the AK5385 from AKM.

It seems that Creative did some shopping at JRC, the Japan Radio Corps. I spot a lot of 2068‘s and some 2114‘s. Also a few unbranded 15532‘s, an NE5532 equivalent. The class A headphone output is most likely done with the 4 transistors left of the 6.3mm plug. Those go directly to the headphone plug and are probably the output stage. The input stage can be discrete or an opamp, with a 4 layer board that’s almost impossible to say.

At the bottom of the page are 4 high res photo’s of the PCB, a quarter of the PCB per photo roughly in case anyone wants to have a better look.

All in all I am quite happy with the Tracker pre. The performance is good, the build quality and used parts are also good and I got it for a nice price second hand. Expect some measurements of amps soon. 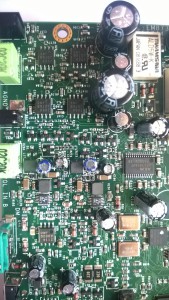 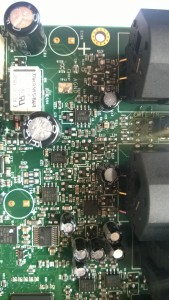 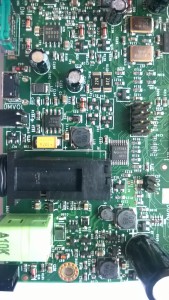 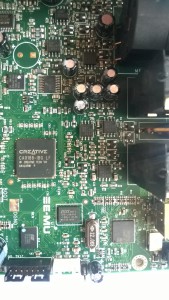