Time to build up the circuit idea from the last post on a breadboard. I decided to use an LM317 and a LM2670. These are both fairly easy to get, inexpensive and available in a TO220 package.  There are multiple versions of the LM2670, for this application the –adj version is needed.

The schematic is as following:

And a breadboard picture:

As Farnell forgot to ship me the low ESR capacitors I ordered I used normal ones, so I expect quite some noise. The schematic works as expected, I can change the output voltage between 1.2 and 7V and the output of the SMPS stays roughly 2V higher. All photos are takes with 3.3V as output in a 10 ohm load, 330mA current flowing. As I said in my previous blog the noise using this should be lower than just using the SMPS, let’s have a look if I am right: 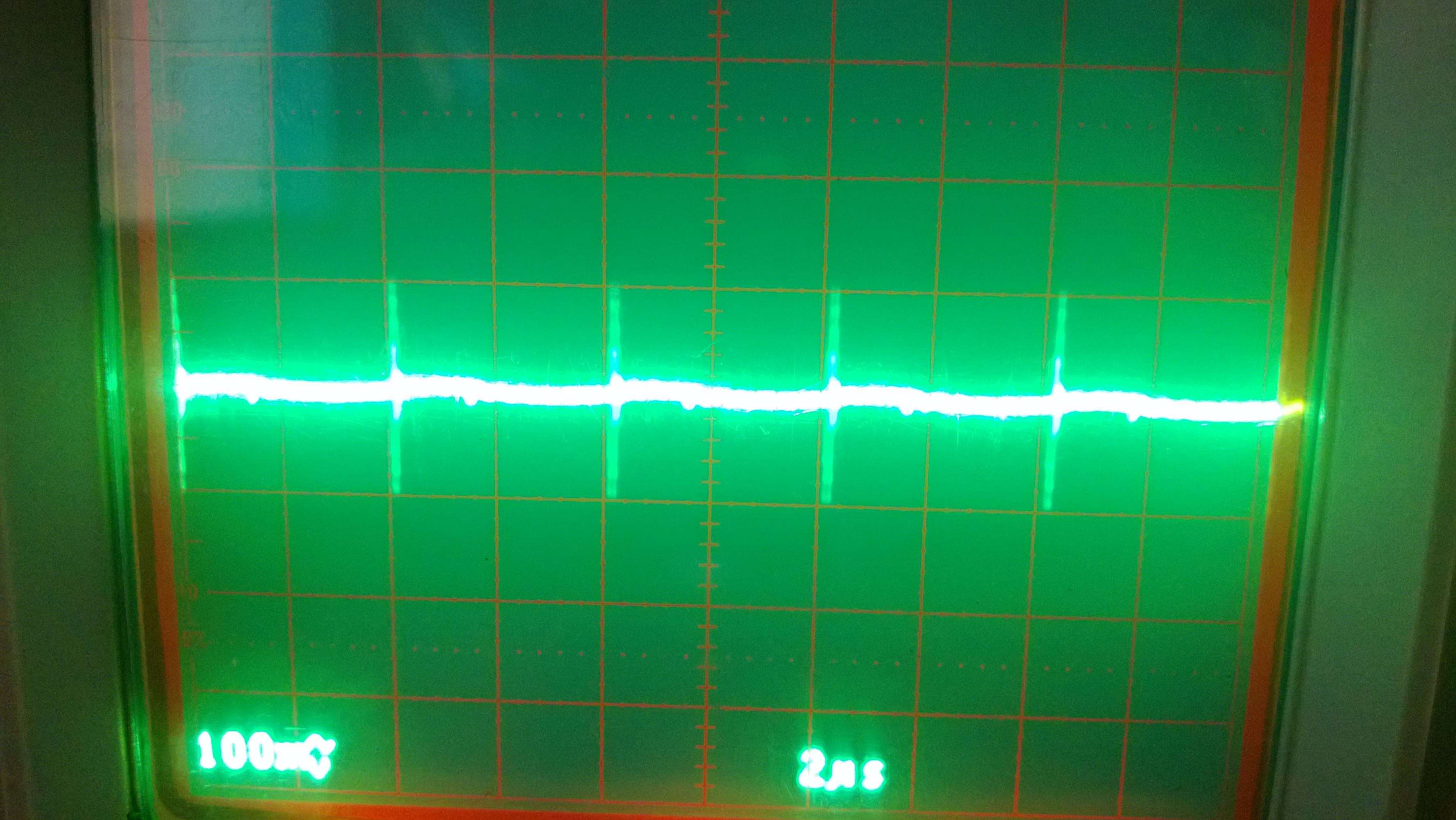 The noise at 3.3V 330mA output are small peaks that are roughly 200mV peak peak. The peaks are very narrow and are in the MHz range. When we look at the frequency it’s about 260Khz, which is the switching frequency of the LM2670, no surprises there. These peaks are caused when the LM2670 switches the internal MOSFET on. Now have a look at the noise from the SMPS. 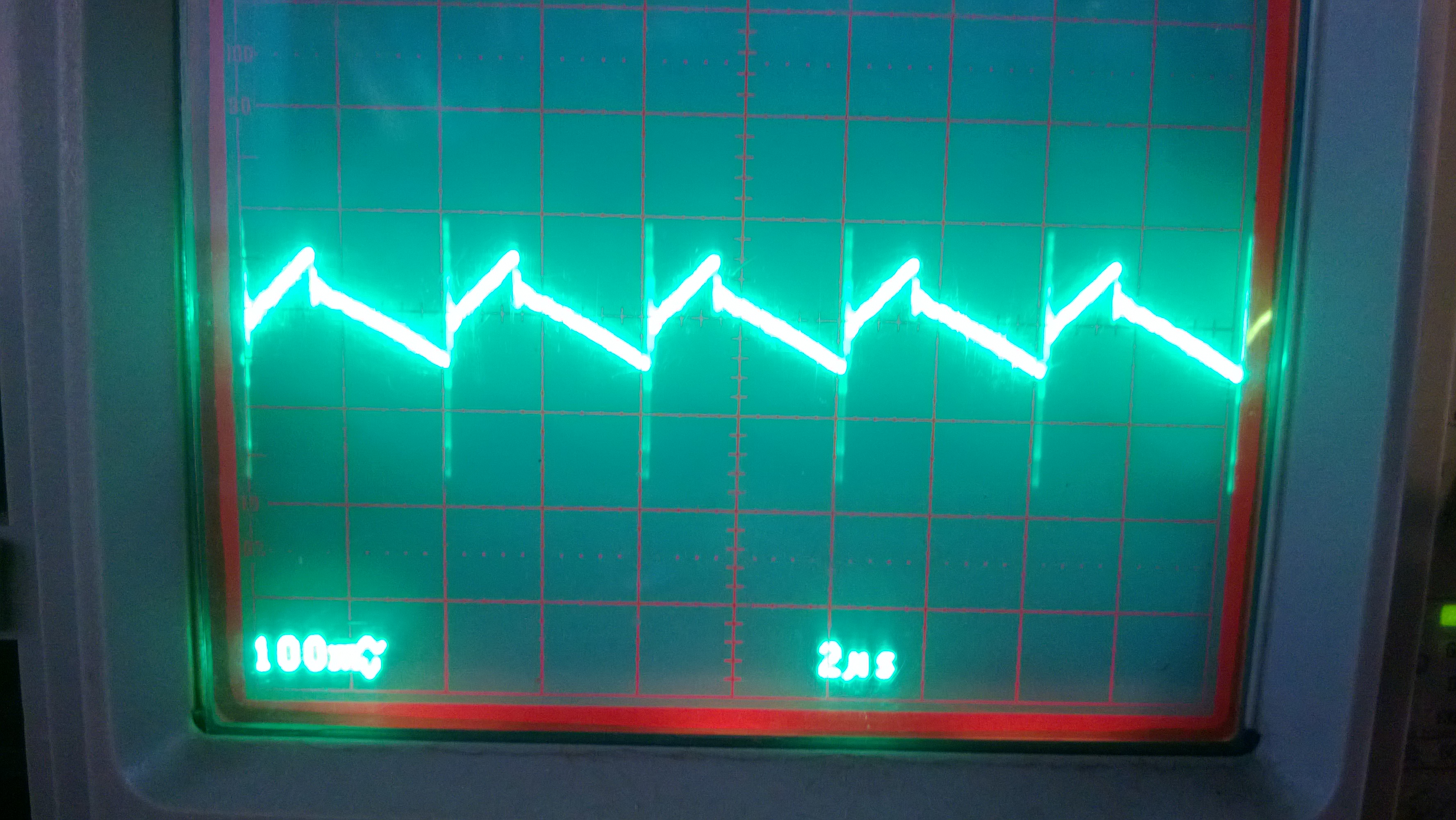 The peaks are visible again but there is something extra, a triangle waveform, this is the capacitor charging and discharging. This is so clearly visible because of the fairly high ESR from my rubbish capacitors

As I said in the beginning of the blog I used normal capacitors, 100uF electrolytic capacitors. I also added a 1uF film capacitor as they have a low ESR. If I remove the 1uF the noise almost doubled, adding a second peak, a big peak where the LM2670 switched the internal MOSFET on and one where it switched off. With better capacitors the noise should get lower but this already shows the difference a small good 1uF capacitor can make. The fact that it’s build on a breadboard doesn’t help for the noise either, but all in all a successful experiment. 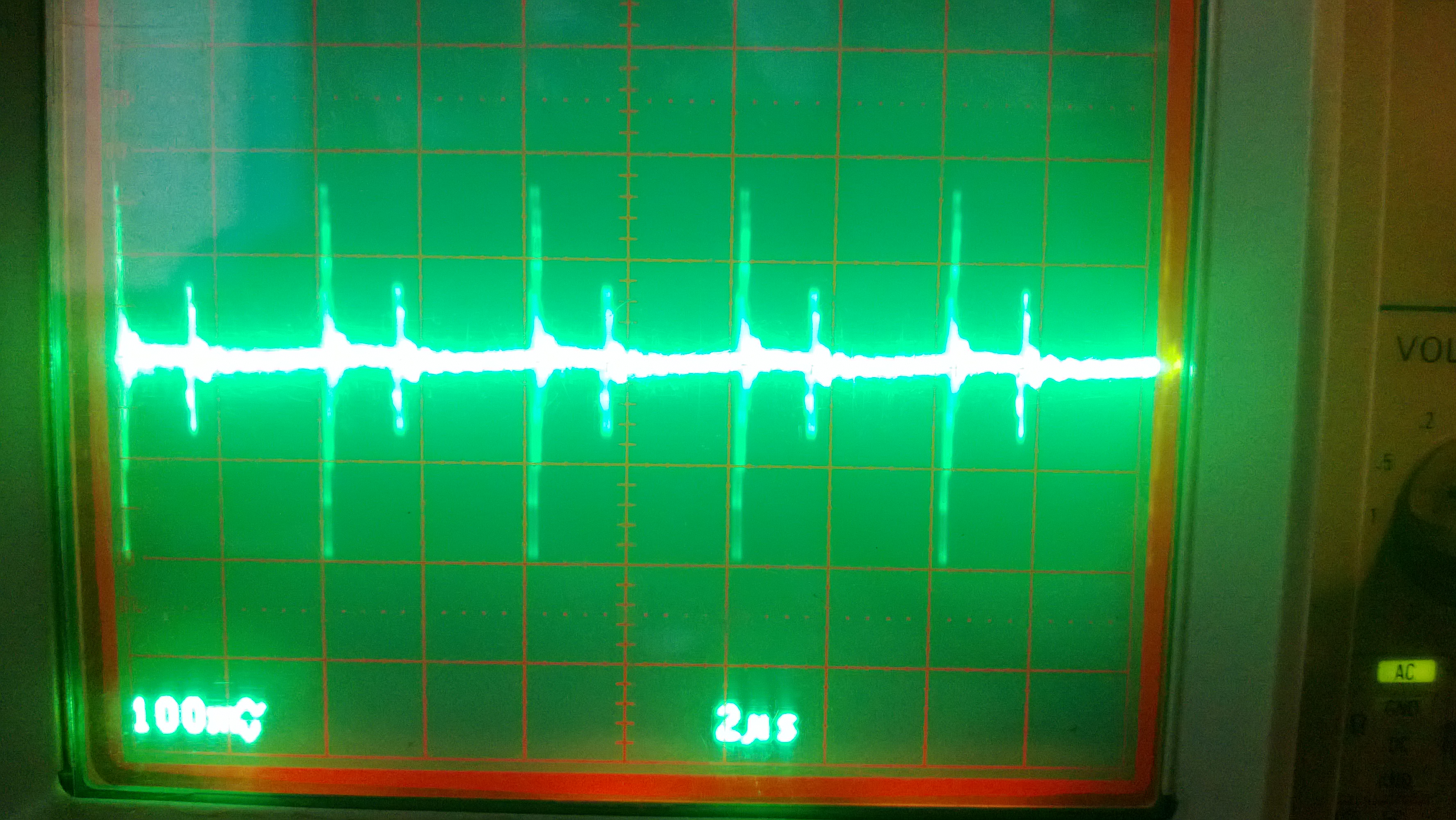