ECL logic, or emitter coupled logic is a family of very high speed logic. with ECL logic, a transistor is never completely on or off, meaning the transistor is never saturated, making it very fast. It also makes it weird and quirky, interesting enough to have a look at. First of all, ECL logic generally works on -5V instead of 5V, though later it was also available using a more normal 5V power. Second of all, the logic level is not 0V and -5V, but roughly -0.8V and -1.6V. Third, most ECL logic has 2 outputs, a normal and an inverting one. This can be used to make logic design easier or to have an differential pair output for noise immunity. ECL was used in multiple well known designs, for example the Cray-1 supercomputer used ECL.

All in all, interesting devices. The easiest way to experiment with them is by buying some logic devices. ON semiconductors still makes them, the NC10EP01 for example is a single gate OR/NOR that can be used with 5V or -5V as power supply. It’s a very fast device, reaching over 3Ghz switching speeds. The datasheet can be viewed here.

And for the Latch:

A few small PCB’s where made for this, both with the same pinout as they both have 4 inputs and 2 outputs. Each PCB has 2 headers for the power supply to make routing easier when using multiple boards. 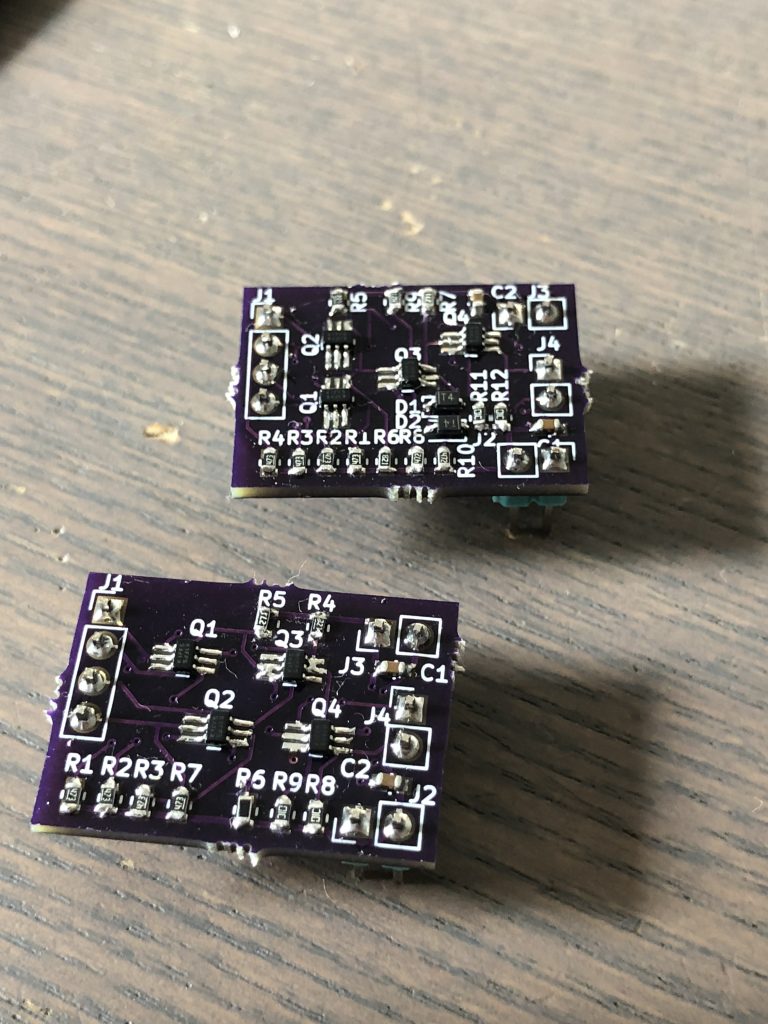 To turn ECL to 0-5V, a comparator with an external transistor is used. Any comparator that can be used with +5/-5V supply is usable, the LM339 is a cheap, but slow, option. As ECL outputs are differential, no extra circuitry is needed and it can be directly fed into the comparator. The external transistor might not always be needed, but for driving an LED it can be. To turn 0-5V to ECL, a similar circuit is used, with 1 input connected to 2.5V and the other to the 0-5V signal. The external transistor has a -1.8V and -0.6V supply, with losses this translates to roughly -0.8V to -1.6V, but a few tenths of a volt different is no problem. A circuit board was made to fit a few ECL NOR/LATCH PCB’s, with some LEDs and switches to make testing easier. 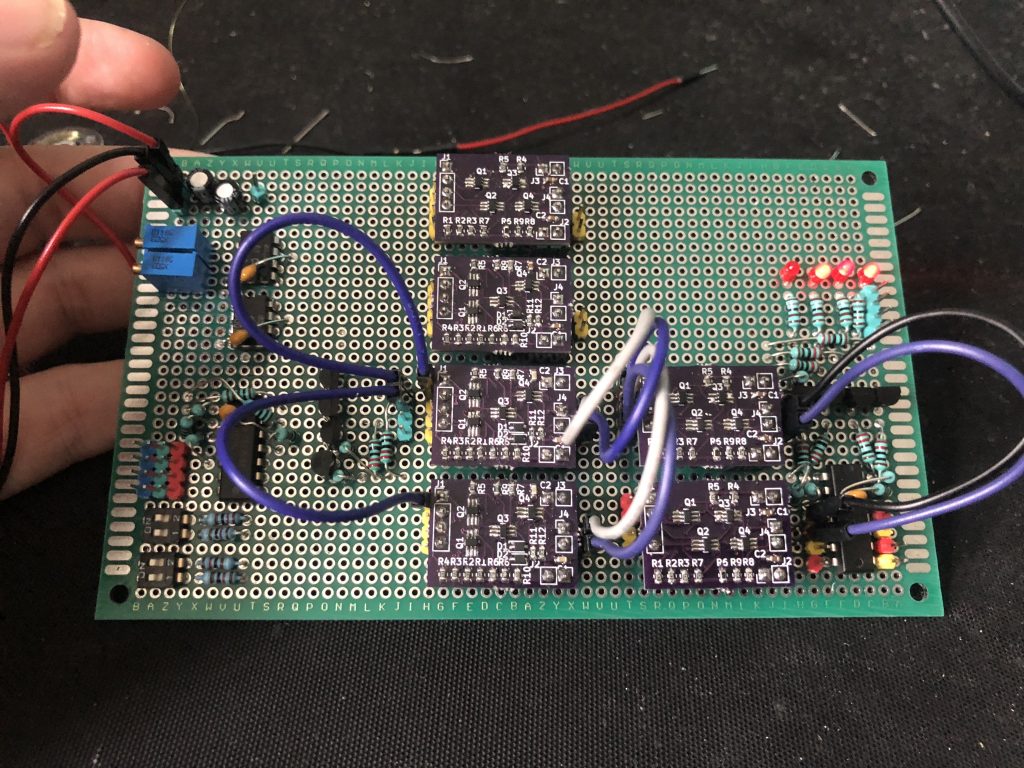 Overall, both the NOR and the LATCH worked as expected and are both reasonably fast, easy in the dozens of Mhz range. A far cry from commercial ECL devices, but interesting nonetheless. The rise and fall time of the NOR gate are as follows, blue being the input and yellow the output, especially on risetime the NOR is faster then the input: 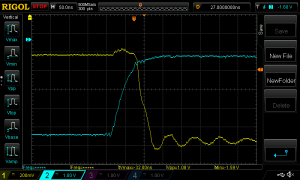 The Kicad designs can be downloaded here.